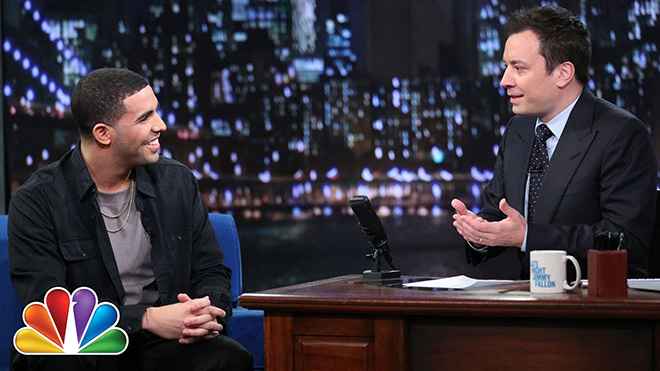 Drake may be from Canada, but he sucks at beer hockey!

The “Worst Behavior” rapper stopped by the “Late Night With Jimmy Fallon” show Thursday night (Jan 16) and spoke on receiving three Grammy Nominations, hosting and performing on “SNL” this weekend, auditioning for Degrassi, and smoking weed for the first time.

Drizzy also got his butt kicked by Fallon in a quick game of beer hockey.

WATCH THE INTERVIEW AT THE TOP