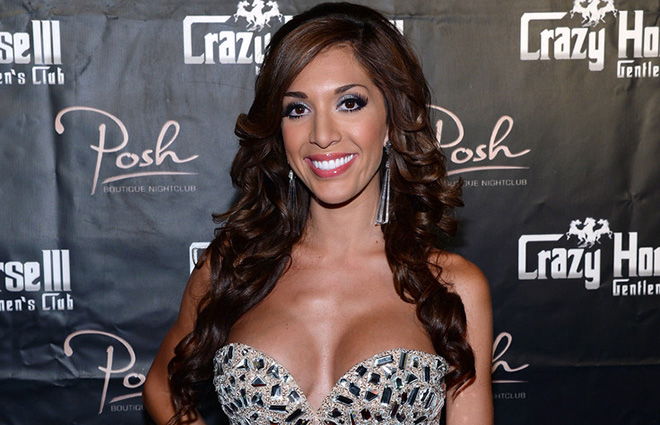 Farrah Abraham released a “sex tape” in the early part of 2013, in which she co-starred alongside James Deen and was paid a reported $1 million.

But sources close to the situation told Fox 411 that Abraham was only paid about $10,000, and now Farrah is saying that the whole thing was one huge mistake.

“It made it hard to have friends and a private life and to trust family, who I feel use me for money,” Abraham told In Touch Weekly exclusively. “If I went back in time, I would not have done it. The sex tape ruined my life.”

Abraham said her family told her that doing the X-rated tape would send a terrible message to her 4-year-old daughter Sophia, but she did it anyway.

“Therapy helped me understand I can’t continue experiencing life [the way I had been], that I’m more special than sex tapes,” she explained. “Hearing others tell me my worth is [all based on] my body. … I’m stronger than that.”