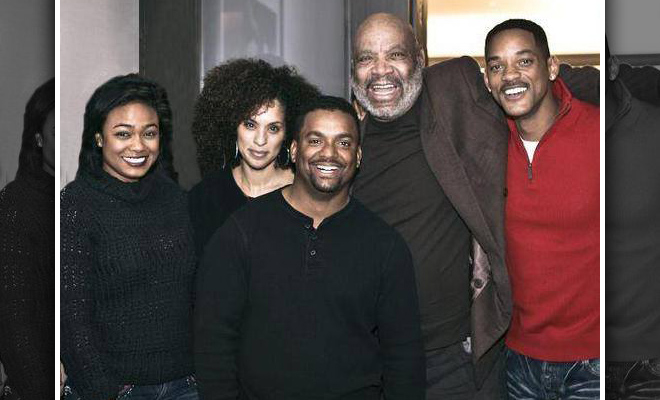 Following the unexpected death of “Fresh Prince of Bel-Air” patriarch James Avery last week, everyone has wanted to know what the star of the show, Will Smith, had to say about it.

While a fake Twitter account claiming to be that of Smith’s tweeted out the words “R.I.P. Uncle Phil” the day of Avery’s passing, it wasn’t until Sunday (Jan 5) that the REAL Fresh Prince paid tribute to his TV uncle via his official (and verified) Facebook page.

Along with a photo from 2011 of “the last time we [the Fresh Prince cast] were together,” Will posted the following message:

“Some of my greatest lessons in Acting, Living and being a respectable human being came through James Avery. Every young man needs an Uncle Phil. Rest in Peace”