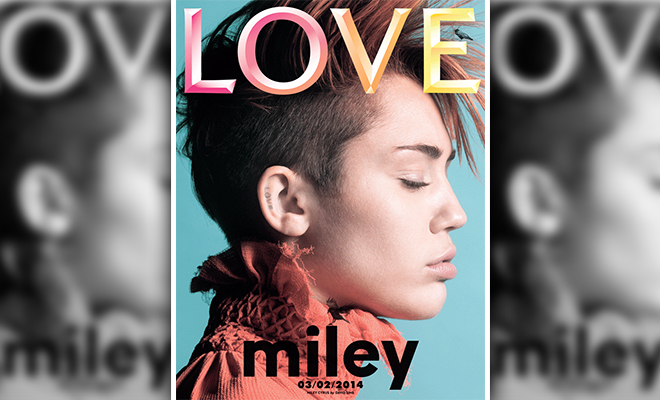 Either Miley Cyrus has bumped her damn head or she’s just plain crazy. Maybe even both!

The “We Can’t Stop” singer was recently featured on the cover of Love Magazine and during her interview with the UK mag, Miley declared herself the only white female singer to take Beyoncé‘s spot.

“Beyoncé has been a big inspiration to me but she’s been out for such a long time. She’s so talented and I think she’s at the top of the game now but people are always looking for new blood and that’s what I bring to the game now, new blood.  I got the total package, you know? The curves, the rhythm, and the voice. I’m just the best.

“As Beyoncé grows into motherhood and all the crap it does to your body, it will create a vacuum for fresh young faces to rise up and no one else can properly fill that void right now. I’m the only white female singer that could fill that slot right now and do it right, you know?  I just feel like I was born for this time right now. All things must start and end and I hope to have the same successes as other icons in the game when my run is over. But for now, my run is just starting.”

Okay Miley….we’re a semi-fan of all the incessant twerking and even that song “23” featuring Juicy J, but comparing yourself to Bey is a big no no!

That’s a quick way to get eaten up alive and spit out by the whole BeyHive. If you don’t know, you better ask somebody!