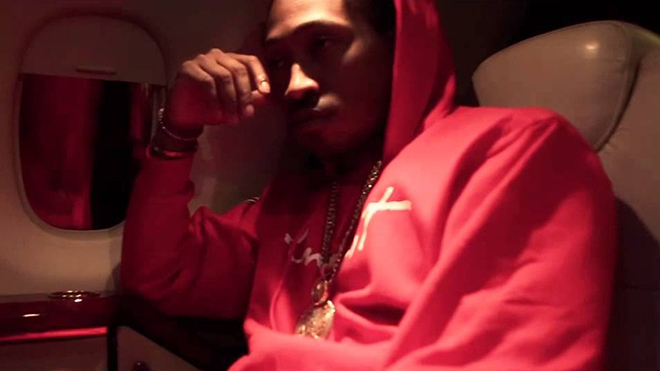 Kicking off the year 2014, Future takes a private flight and shows off his luxurious lifestyle in the music video for “Maison Margiela.”

Produced by Metro Boomin and DJ Spinz, the track comes from DJ Esco’s ‘No Sleep‘ mixtape, which is hosted by Future.

Before sharing the video on Twitter, Future reflected on 2013, thanking his fans for their support and offering a few inspirational words for the new year:

It’s been a Great year,best wishes to all off my fans & thanks for continuing to support me.Love4Life

Never give up,Do it better than before.2014

Future is also hard at work prepping for the release of his sophomore album ‘Honest,’ which is due in stores sometime this year after a name-change and a few delays.

In the meantime, watch his video for “Maison Margiela” up top!