GOSSIPONTHIS.COM Hip Hop Rick Ross Links Up with Jay Z Again for “The Devil Is... 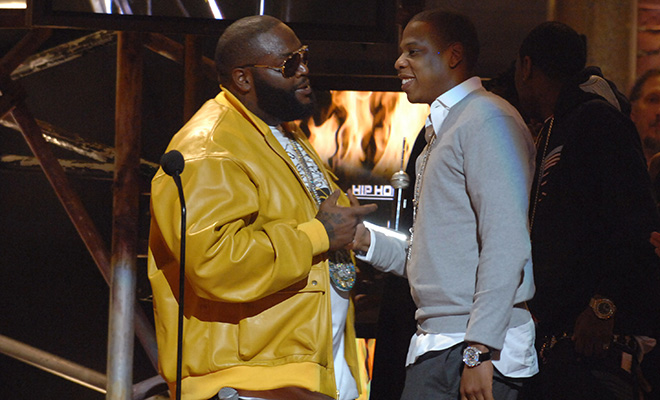 After collaborating together on “F*ckWithMeYouKnowIGotIt” earlier this year, Rick Ross and Jay Z have teamed up once again for a new track called “The Devil is a Lie.” “Tell the plug that I’m looking for an increase. Wing Stop fat boy need a ten piece,” Ross raps on the track — the second single from his upcoming sixth studio album ‘Mastermind,’ which will be released sometime in 2014.

LISTEN TO THE SONG BELOW: