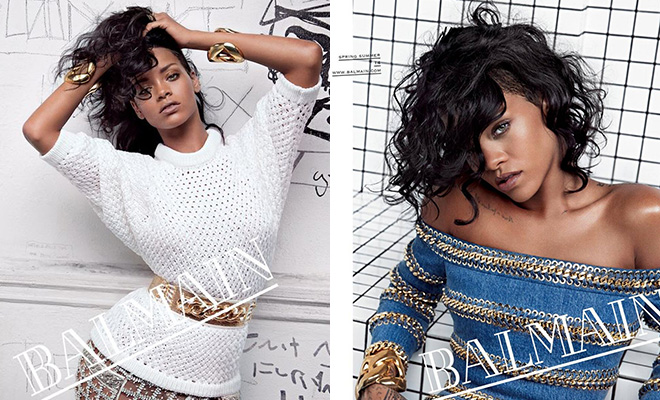 Rihanna is proving more and more that she is a fashion icon. “The Monster” singer is the new face of Balmain’s Spring/Summer campaign of 2014.

She announced the news on Twitter yesterday and also tweeted a few photos from the campaign.

“When the woman that inspires you wears your creations, your vision feels complete. Rihanna embodies my vision of Balmain in this new campaign. In front of the camera, she makes you feel like she is the only girl in the world.”

CHECK OUT THE SMOKING HOT PHOTOS BELOW: