GOSSIPONTHIS.COM Celebs Future & Andre 3000 Spotted in the Studio Together Working on Collaboration 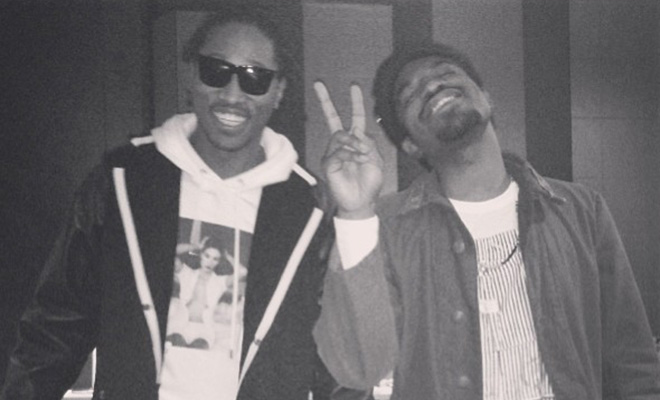 Andre 3000 is working with Future on his upcoming album ‘Honest.’

Last night, Future posted this photo on his Instagram of the two in the lab cooking up some new material for the project:

Future first revealed that 3 Stacks would be on his sophomore album and even gave him his blessing for “Future Hendrix,” the original title of the album before he later changed it to “Honest.”

Lately, Andre 3000 has been spotted out a lot via Instagram pics, prompting many to believe that he’s working on a comeback.

Just last week, 3K and Big Boi were spotted hanging out together after Kanye West’s concert in Atlanta.

Are you looking forward to hear a Future and Andre 3000 collabo???