GOSSIPONTHIS.COM Celebs Chief Keef Called Out the Migos on Twitter for “Sneak Dissin No... 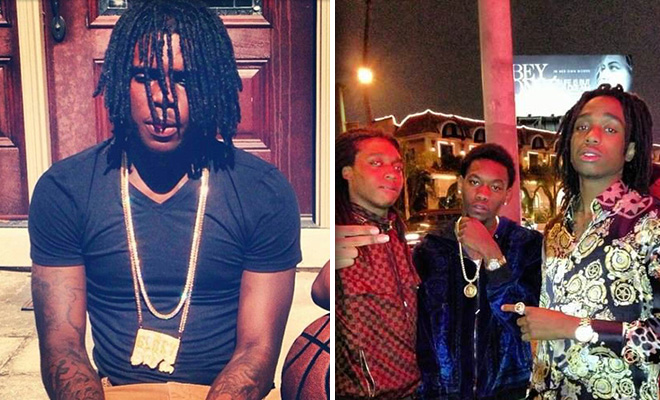 Not too long after purportedly tweeting Soulja Boy‘s number out to his 800K+ followers, Chief Keef is already stirring up more trouble on Twitter.

Last night, Sosa called out the Migos for allegedly “sneak dissing” him on on one of their tracks.

Offset — the third guy from the Migos, who’s been in jail for some time and just got out — immediately fired back:

“We’ll be in Chiraq next week pull up.”

After cooling down, Offset deleted the tweet and responded in a more mature manner.

SMDH… Instead of meeting up to fight, these fools need to be meeting up to read books together so folks can understand what they’re saying in their music. Especially Chief Keef!