GOSSIPONTHIS.COM Celebs Amanda Bynes is Out of Rehab, Living with Her Parents and “Doing... 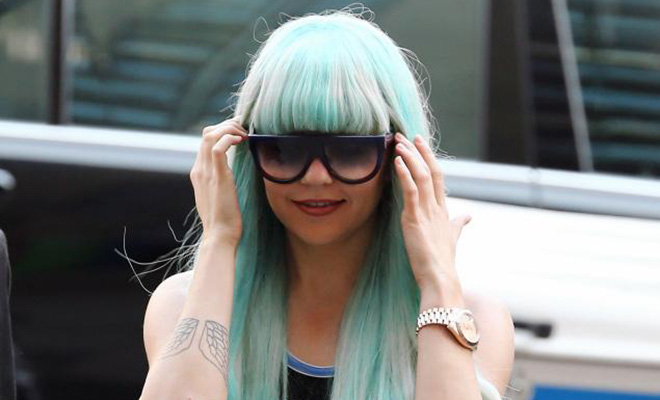 Amanda Bynes is fresh out of rehab!

Since being released shortly before Thanksgiving from a treatment center, the former Disney star tells In Touch Weekly that she is doing “very well.”

“I am doing very well,” the star happily said on Tuesday. “I’m doing great, it’s been five days since I got out of rehab.”

During her rehab stint, Bynes was diagnosed with schizophrenia and, following a drug test, was only found to have marijuana in her system.

Bynes will continue to attend outpatient treatment four times a week and plans on applying to college, her mother’s lawyer Tamar Arminak told the New York Daily News in an interview today.

“She was released within the last couple of days. She’s made great strides in her progress and everyone felt it was time,” Arminak said.

She said the 27-year-old actress thrived in her recovery once she left UCLA’s famed psychiatric center – a hospital setting that “scared” her – about two months ago and moved to The Canyon’s “peaceful” setting near the beach.

Her parents visited her every day since it was closer to the their house in Thousand Oaks, Calif., she said.

“She didn’t like UCLA but was comfortable at The Canyon and did well there. She’s planning on attending school in the spring and is hoping to major in fashion design. It would be a school close to home in California. She’s interested in creating her own clothing line,” Arminak said.

“She’s living with her parents for the foreseeable future and plans on staying close to home during the holidays,” the lawyer said.

“She’s back to having that close relationship with both of her parents and everyone is happy about that,” Arminak added.

“She’s not going to be out on her own. She’s in the custody of her parents and going to outpatient therapy,” Arminak said. “She’s getting re-acclimated to normal life, and part of that is enrolling in school and getting an education.”

Bynes — who remains under a mental health conservatorship that was sought by the state and now is controlled by her mother — is due in court on January 7th for a progress hearing in her ongoing DUI case, which stems from an April 2012 incident in which she allegedly side-swiped a police car.

All in all … that’s great to hear Amanda’s family is showing her support and working to help her get her life back on track. The girl was on a serious downward spiral.