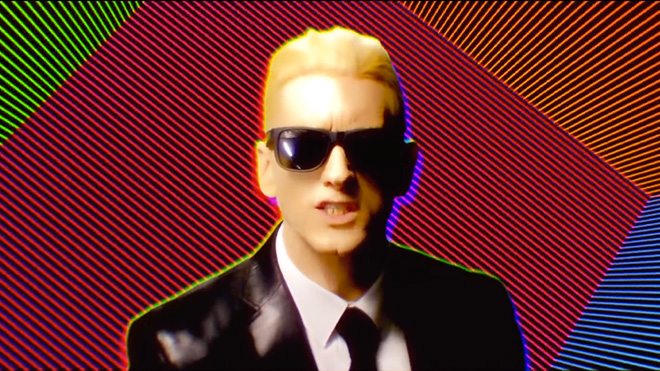 In it, the self-proclaimed “rap god” — clearly inspired by the popular 80’s sci-fi fiction character Max Headroom, rocking blonde hair and a shiny black suit as he glitches and twitches in front of a digital background — does what he does best for about six or so minutes straight.

“Rap God” is the third single off Em’s latest album ‘The Marshall Mathers LP’ — which hit stores only a month ago and has already sold nearly 2 million copies worldwide.