GOSSIPONTHIS.COM Hip Hop Drake is on His “Worst Behavior” in New Video 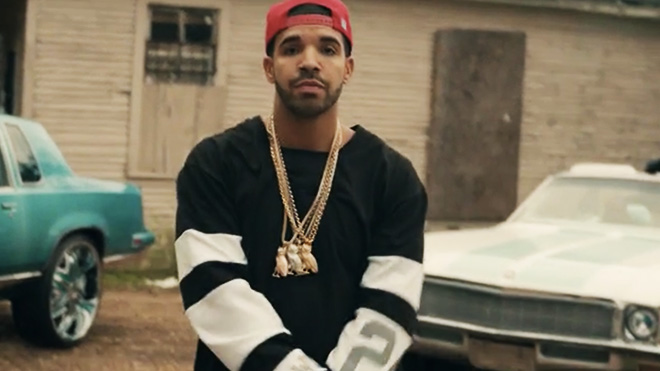 A few days ago, Drake released the official music video for “Worst Behavior” — the new single off his recently released album ‘Nothing Was the Same.’

The video, shot in Memphis by Director X, starts off with Drake’s father Dennis Graham recording in a studio with his band and immediately follows up with the rapper’s swagged out pops dressed in an all-white suit two-stepping in a parking lot while lip-syncing the chorus of the song.

The 10-minute video is interrupted with (a very annoying) 3-minute skit featuring Drizzy’s OVO pals and Project Pat and Juicy J, and ends with Drizzy rapping in front of a chicken store and other parts of the hood in Memphis.