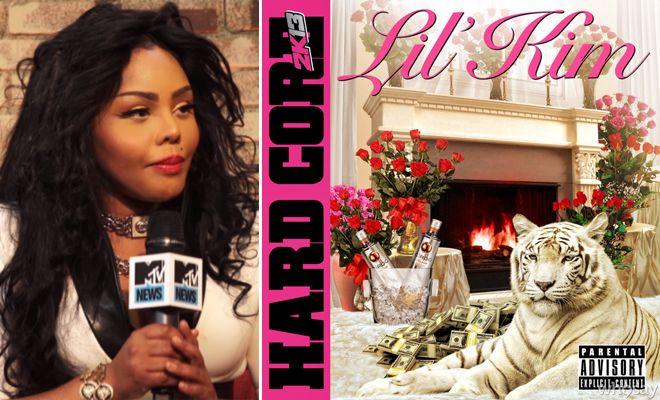 If Lil’ Kim’s middle name wasn’t Denise, it’d probably be “Struggle.” Because ever since 2003, her career has been on a jaw-dropping, cringeworthy downward spiral.

Instead of cozying up to Nicki Minaj once she burst on the scene, Nicki chose instead to be petty and act threatened by Minaj’s rising star. That resulted in extra press attention but not the kind that Kim or her team likely wanted. It all came to a head when Kim released her Black Friday mixtape last year, which was supposed to knock Nicki off of her pedestal.

Instead, people ridiculed Kim for her half-assed effort and dissed her exaggerations of imaginary PayPal sales for the album.

She had a chance to pull off a do-over when she announced in September that she would be releasing a mixtape in the same vein as her iconic debut album, Hardcore, which she dubbed Hardcore 2k13. Let’s set aside whether it’s ever a good idea for rappers to attempt pulling off sequels to previous hit albums (Hint: 8/10 it ain’t worth it). Kim has a horrid track record when it comes to keeping her word or releasing new music.

So it really shouldn’t come as a surprise that the night before she was originally supposed to release her mixtape to fans, she stalls and asks for additional time. Actually, she didn’t have the guts to make the announcement to fans herself. She had Big Fendi, Nicki Minaj’s former manager, get on Instagram and break the bad news.

Apparently, Halloween was too far off but the mixtape is supposed to be ready by Black Friday.

Lil’ Kim’s work ethic and dedication to her craft is as ill-fitting and mismanaged as the plastic surgery patchwork quilt she calls her face.