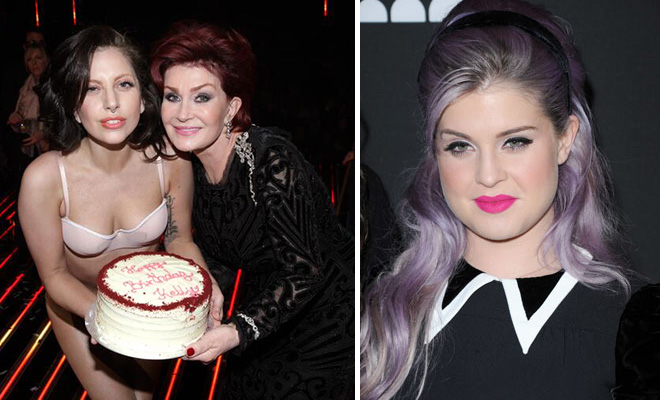 During her appearance on The X Factor UK, Lady Gaga presented Sharon Osbourne with a cake to celebrate Kelly Osbourne’s 29th birthday.

It was a nice gesture following a feud that started in 2009 when Kelly referred to Gaga as a “butterface.”

No, I don’t know how Kelly Osbourne of all people could fix her mouth to talk about someone else’s looks considering what she used to look like, but whatever. The beef spilled over to Mama Osbourne after she deemed Gaga a hypocrite on CBS’ The Talk.

You would think this peace offering would dead this pointless bickering, but alas, Kelly is still mad.

Not to be ungrateful but why would you send me a birthday cake via my MOTHER in a country half the would away? #JustSendItToME #LoveNotWar

@KellyOsbourne I didn’t know it was your B-day until this afternoon. Meant as a peace offering. Happy Birthday. pic.twitter.com/VjQi7wHn2Z

I like desert, but i prefer the truth… it’s sweeter

Monsters, please just focus on the positive of tonight’s performance and do not send any hateful messages. I don’t support it. #SpreadLove

Kelly Osbourne: Shut up. Stefani Joanne won. Get over it and your insecurities, sis.