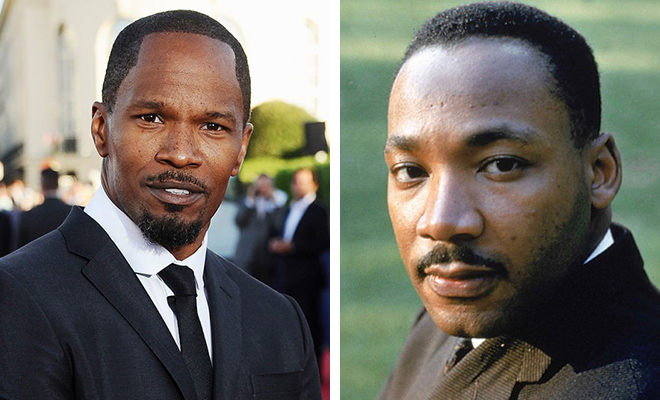 Stone confirmed the untitled project that will be released by DreamWorks and Warner Brothers pictures. The film will be produced by Steven Spielberg and is said to have the blessing of the King Family, who will serve as executive producers of the movie.

There are already other King-centered projects in development. One is called Memphis, which is themed around the last days of King’s life.

The other is Selma, which has lingered in development for years. Selma will be directed by celebrated filmmaker Ava DuVernay. The movie was originally set to be directed by Lee Daniels

As for the Stone-Foxx project, it will be a reunion of sorts for the two. They collaborated together on the NFL drama Any Given Sunday. You know, that movie in which he and LL got into a fight on set.