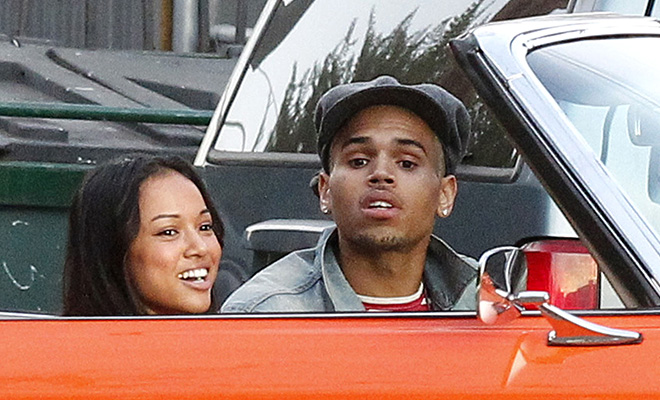 Mona Scott-Young is reportedly furious that her plans for expanding the Love & Hip Hop franchise have been leaked online and subsequently gone viral.

As legend has it, the show was set to film in three new cities — Houston, New Orleans, and Los Angeles — and ultimately, whichever perspective show brought it the most was likely to get the greenlit from VH1.

Of all the announced cast members, Karrueche Tran‘s name stuck out most. She was supposedly to star alongside Tyga’s girlfriend/baby mama, the famed stripper Blac Chyna, and some other women famous for being with truly famous men. Like Bow Wow’s baby mama, for instance, and another one of Chris’ exes Jasmine Sanders.

However, now that the gossip mill has gone wild with the story, there may be a problem in landing Tran. You see, Chris Brown is aware and he’s not having it. At least, not having it without having a conversation with his famous ex.

I mean, it wouldn’t be the first girl he’s dated that’s used his fame to get on a reality show. Hey, Draya!

Anyway, this could all be a figment of some producer’s imagination engineered to draw interest in a spinoff. Fair enough, but it’s fun to laugh at in the meantime.

From Rhymes with Snitch (via anonymous sources at Lipstick Alley):

Mona threatened that if she finds out who leaked the potential cast she will fire them because they all signed a confidentiality contract.

The reason for Mona’s anger was because she was trying to work things out with a few of the potential cast members like Karrueche who was interested in the show if she could promote her “The Kill” line, but had not discussed the proposal with Chris yet.

Needless to say Chris was not happy when he got word via the internet that Karrueche was in talks to possibly join the show without talking it over with him first. And Karrueche didn’t know Chris ex Jasmine Sanders was in talks to be on the show either.

Mona was also upset because Ray-J is locked into a contract with Oxygen doing their “Bad Girls Club Battle” and the only way he would be able to get around his contract with Oxygen was if he went on Love & Hip-Hop LA as a co-producer. Oxygen got word and reminded Ray of his obligation to them not VH1.

Also Mona worked with Diddy during the Viacom days and was planning on working something out with him and possibly having Cassie play a miniscule role (Lola Monroe’s bff) on the show, but integral enough for her to promote her music and modeling career.

Plus Tyga and Blac Chyna were in talks with E! and Mona wanted to lock them in with her show before E! became aware of their popularity, being E!’s new EVP (Jeff Olde) use to be the EVP at VH1, and worked with Mona to make Love & Hip-Hop the success it is now.

As you know Mona was quick to publicly deny that bootleg Houston cast with a bunch of nobodies which was totally false, but has yet to make a public statement denying the Love & Hip-Hop LA cast.