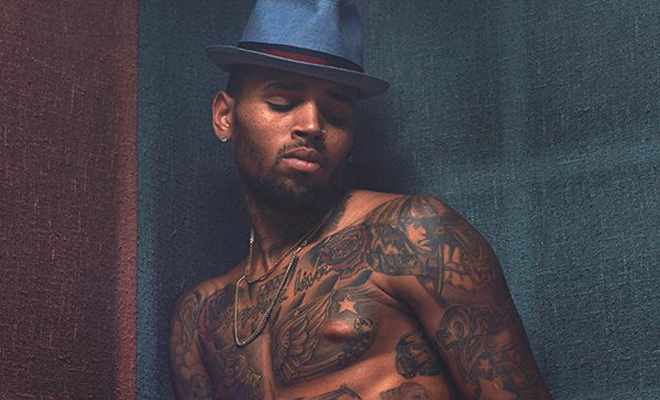 If you ever wondered why Chris Brown is such an emotional ticking time bomb, one piece of that puzzle just fell into place with his sobering interview with the Guardian.

In the candid conversation, Chris reveals to the reporter that he lost his virginity at the age of 8 to a 14-year-old girl. Yes, you read that number correctly, EIGHT.

Here’s the key portion from the Guardian article:

He lost his virginity when he was eight years old, to a local girl who was 14 or 15. Seriously? “Yeah, really. Uh-huh.” He grins and chuckles. “It’s different in the country.” Brown grew up with a great gang of boy cousins, and they watched so much porn that he was raring to go. “By that point, we were already kind of like hot to trot, you know what I’m saying? Like, girls, we weren’t afraid to talk to them; I wasn’t afraid. So, at eight, being able to do it, it kind of preps you for the long run, so you can be a beast at it. You can be the best at it.”

Like many men who suffer from sexual assault as children at the hands of women, Chris attempts to pass this traumatic incident off as one of his own choosing. But what eight year olds do you know that go around choosing to have full-blown sex with women nearly twice their age? It’s one thing to kiss or touch but to have full-blown penetrative sex at 8 years old is only one thing: Rape.

To fully grasp the severity of what happened to Chris, look at his kindergarten photo. He’s either 5 or 6 in this photo. Meaning that two or three years after this picture, Chris Brown was having full-blown sex with a teenage girl. There’s no way that any sane person can evaluate that situation and not view it as horribly, disturbingly off.

Chris says that having sex so young prepared him to be some kind of sex god, but that’s a bluff. He has to justify what happened to him in a way that doesn’t compromise his masculinity. So he tells himself that he was lucky to bed teenage girls at 8 years old because, you know, he got a head start.

But his volcanic-like temper, lack of self-control and catastrophic relationship with women all speak to the truth: Being raped/molested as a child left him emotionally damaged. He may or may not be willing to confront this reality, but that’s what it is.

Interestingly, Lil’ Wayne went through a similarly traumatic loss of virginity experience at the age of 11. But unlike Chris, Wayne doesn’t try to justify it or spin it as something to be proud of. He admits that being forced to have sex as a pre-pubescent child took its toll on him as an adult. He spoke about the incident back in 2009 during an interview on Jimmy Kimmel.

Wayne: The girl was older than me. She cut the lights off, I don’t know what happened. She pulled my pants down.

Kimmel: How much older was she?

Wayne: I was 11, she was like 14. And when she pulled my pants down when I went to feel her like ‘What are you doing?’ I felt that she was naked so I just stopped like ‘Oh.’.

Kimmel: Wow. That’s an intense thing. So do you feel like that affected you negatively in your adulthood?

Wayne: It did, yeah.

The fact that Lil’ Wayne is more self-aware and honest about what happened to him than Chris is kind of unbelievable. I hate to say it, but I wish Chris was a little more like Lil’ Wayne.

I think Chris might be able to honestly confront some of the scars of his childhood once he’s inevitably booked for an episode of Iyanla’s “Fix My Life.” Till then, we’ll just have to pray that the broken little boy inside of him is able to keep it together.