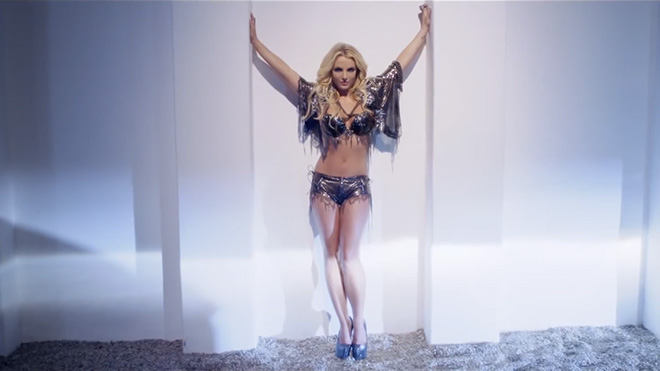 For about a month now, Britney Spears has shown signs that she is among the alert and very much aware wing of humanity again.

I first noticed signs of life in her Good Morning America interview. Then came another interview with Mario Lopez in which she displayed the kind of goofy and cutesy behavior that caused so many people to develop a soft spot for her.

Just today, I heard audio from a radio interview in which she offered a very thoughtful, measured response about the role sex plays in her music career. Fans who have been waiting for Britney to drop hints that she won’t continue living under the state of sedation were giddy to see this, but the ultimate test for that is the most obvious: Will Britney Jean Spears at least try to dance again?

I’ve prayed for this day to arrive for so long, and finally, the Legendary Ms. Britney Spears is somewhat limber again. Won’t God do it? Now if only we could get the universe to leak Beyoncé’s new single.

In any event, I say somewhat given that Britney’s still not dancing at the level she used to. I used to be hung up on that, but in hindsight, I feel like many of her fans forget that Britney hurt her knee several years ago, which suggests even if you bypassed her breakdown, chances are that she couldn’t offer “I’m A Slave 4 U” styled choreography again even if she wanted to. Like Saint Damita Jo Jackson, Britney might be afraid to give her all for fear of ending up walking with a cane or something for the rest of her life.

I wouldn’t risk that either just to please people who are going to give me their money regardless of whether or not I give them an 8-count on stage or a sad ass shimmy.

Janet has managed to give you good dancing without risking her knee or the insurance policy that allows her to keep working. From the looks of the “Work Bitch” video, Britney Spears, aka the Patron Saint of White Girls Dancing, is learning to do the same.

Maybe they found the proper dosage or perhaps Britney has learned to concur her battles with anxiety and whatever other ailment that left her empty in the eyes and completely stiff on the lower half of her body. Whatever caused this reinvigorated Britney to return to the world, I welcome it with open arms and bent knees. A few people have been very cynical towards the video. “She must be using a body double.” … “She still looks stiff.” … “I wish she would really dance.” … “I’ve seen her do better.”

I don’t know what video some of your folks were watching, but I absolutely love Britney’s latest video and I applaud for her trying to dance again.

Like, Jesus, Mary, Joseph, and Tina Knowles: Won’t you sum’bitches ever learn to ease up on the criticism?

Britney is not using a damn body double — at least not this time.

No, Britney’s rhythm isn’t completely back, but truth be told, she was always a little stiff even at her peak of serving the girls on stage.

As for the other critiques, give the girl a damn break. Besides doing her speed walks on stage and on set, Britney Spears hasn’t moved her legs in a music video or performance in this fashion since Christina Aguilera was mud wrestling in awful, career destroying videos.

Britney actually got on the ground to dance. Again, that’s Carson Daly is a teen heartthrob old.

Another critique I can’t stand of all things “Work Bitch” is certain criticisms of the song. Okay, you don’t have to like the song, but to call it “generic” or “cliché” is for lack of better phrase, some fuck shit.

The one good thing about Britney Spears post-breakdown is that even if she’s not really present in the process, her music has remained some of the most forward-leaning pop tracks in the mainstream.

“Work Bitch” is not your garden variety EDM track. There’s nothing like it on American radio. I’ve read this sentiment elsewhere, but I agree that Britney does cleverly release some very weird pop music and make it appear to be the norm. Hell, if Blackout came out today, it’d put Miley Cyrus’ ‘Bangerz’ to shame.

Also, “Work Bitch” is pretty much the most inspiring song ever. It’s like Iyanla, only catchier and less annoying. Oprah, you should’ve premiered the video.

Bottom line, despite a breakdown, a bad knee and years of questions over her mental state, Britney Spears has hung on — long enough to where she looks like she’s actually enjoying what she’s doing again.

The execution isn’t perfect, but her energy is there. If that alone doesn’t move you in anyway, I demand you at least go look the last 20 seconds of the new video again.

That girl was giving, so give Britney her due.