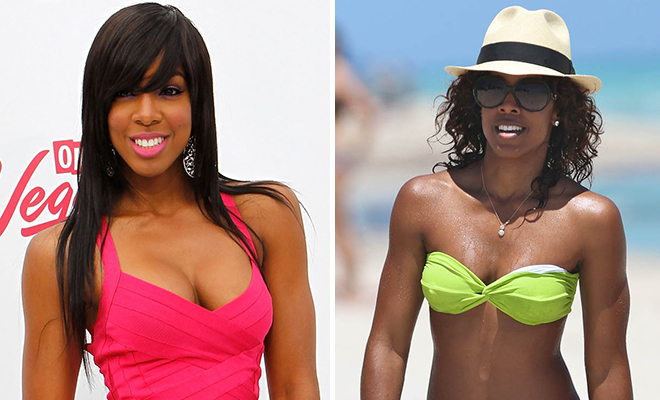 Hey, everyone. It’s time for titty talk. Those of us who knew Destiny’s Child from the very beginning of their careers recall that Kelly Rowland was a part of the itty, bitty breasty committee.

These days, Kelly’s bosom is sitting high and far more proportional. She’s never denied her breast augmentation (but avoids questions about the alleged change in her nostrils), but in Shape magazine, she offers a little more detail than we knew in the past.

Yes, Kelendria says that she wanted to buy new breasts as far back as 18. However, both her mamas — by birth and by affiliation with Beyoncé — cautioned her to wait.

How long? A whole decade. That’s reasonable, given she could’ve been a late bloomer or something. Yeah, that never happened so she waited that decade and purchased two new lovely friends.

“I wanted to get breast implants when I was 18, but my mom and Beyoncé’s mom told me to really think about it first. I took their advice and waited 10 years.”

“Once I felt ready, I tried on padded bras and walked around in them to see how it would feel. You have to know what you’re getting, no matter what type of surgery it is.”