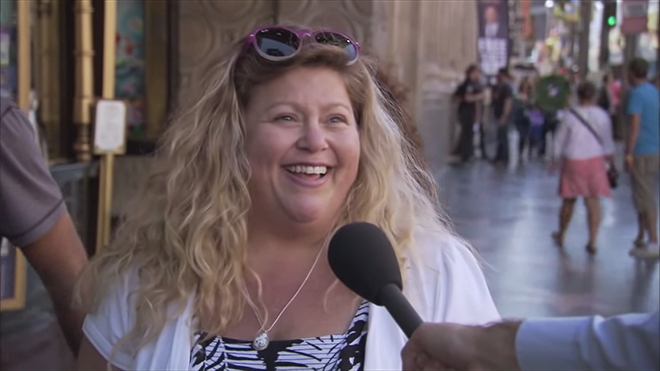 Jimmy Kimmel will go down as one of the greatest trolls to ever do it, partly because he makes it his mission to make people look stupid on a consistent basis.

Known for his man-on-the-street interviews in which he exposes people’s blatant ignorance on current events, trends, music, fashion and technology, the Internet’s favorite prankster Jimmy Kimmel took to the streets and asked Americans which health care law they like better: The Affordable Care Act or Obamacare?

Those of us who have good sense know that “Obamacare” is just the nickname for The Affordable Care Act, but that didn’t stop people from saying that they oppose Obamacare because “there are a lot of holes in it, and it needs to be revamped.” No, really, that’s what one lady actually said.

At the end of the clip, the woman was finally told that Obamacare and the Affordable Care Act are the same exact thing, to which she responded, laughing: “No they’re not … Thanks, you made me look stupid!”

Yes, lady, they did, unfortunately (for you).

WATCH THE CLIP UP TOP!