GOSSIPONTHIS.COM Celebs Miley Cyrus and Mike WiLL Made It Are JUST Friends 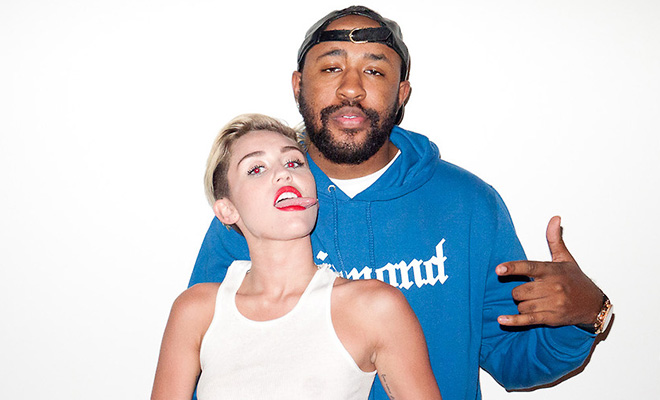 Although Mike WiLL Made It and Miley Cyrus sometimes behave like a couple, and there is now an opening for the two to declare publicly that they are indeed an item now that Miley has ended her engagement with Liam Hemsworth, a rep for the producer says that is not the case.

Speaking with E!  News, the rep says the two are merely friends who bonded while recording Miley’s upcoming album, Bangerz.

The rep explains, “They have been spending a lot of time together because they are working so closely together on [Miley’s] album.”

Mr. rep added that they work “closely professionally and it is all about the music.” As do other producer-artist combos who partake in genitalia taps.

Do you believe that rep? I don’t, but maybe they are just friends. The sort of friends who occasionally have sex with each other.

In and out of the studio. Whenever the mood strikes and the music speaks to them. It would certainly make sense.

Miley is all about the Blacks this quarter, and Mike WiLL Made It is certainly a Black.

Mike WiLL Made It also seems very happy to be popping on a mainstream platform right now. I can see even tapping girl Billy Ray if she so desired.