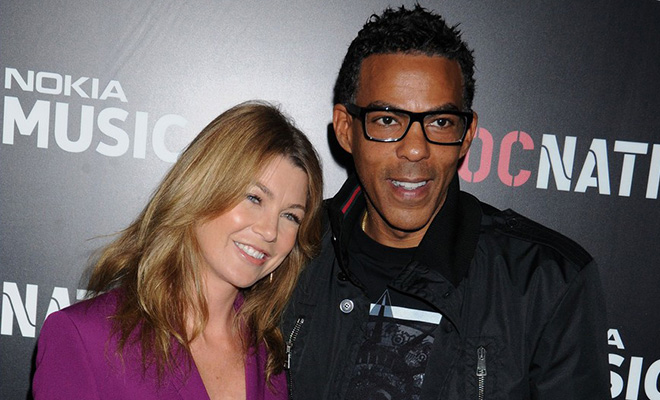 The 2013 Emmy Awards garnered mixed reviews from critics and rightly so. Though the night was filled with notable moments, many of the jokes fell flat and speeches were rushed seemingly to make sure that a maximum number of ads could be played.

But there was a grander issue hanging over the ceremony, one that “Grey’s Anatomy” star Ellen Pompeo pointed out in an interview.

“I didn’t see any diversity in the Emmys at all,” she said on Monday. “The Emmys felt so dated to me…That dance number was embarrassing. Did you see one person of color in that dance number?”

Pompeo, whose husband Chris Ivery (pictured above) is African American, went on to praise the colorful casting on “Grey’s Anatomy.”

“I’m extremely proud of our very, very diverse cast, which represents the world that I walk around in every day,” she said. 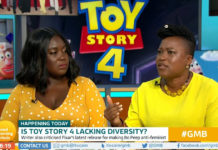 WATCH: Critics Clash Over “Toy Story 4” Not Having Any Black Lead Characters 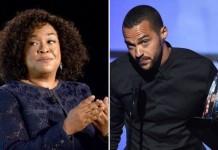