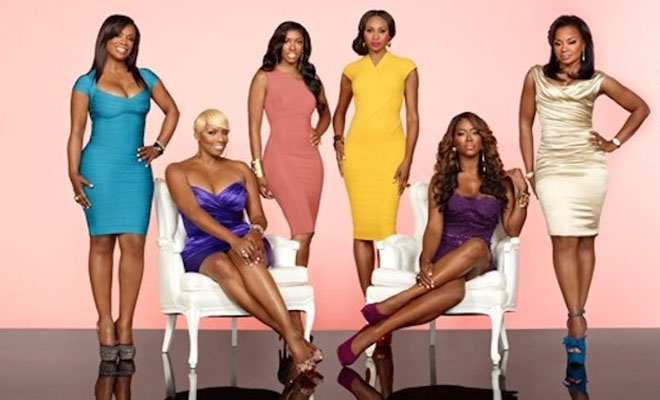 ‘The Real Housewives of Atlanta’ is back starting November 3 and the shade is thick in the newly released trailer for the popular Bravo franchise.

The soon-to-be divorced Porsha Stewart took a shot at her estranged husband Kordell Stewart in a confessional included in the clip. On the fallout of their marriage, she said, “Kordell didn’t necessarily want me physically and that made me wonder, well, what does he want?”

You know, that’s probably not doing much for Kordell in the way of shaking off longstanding gay rumors. It also puts her in the same bucket as her archrival Kenya Moore, who similarly launched a “my man must be gay” campaign after Walter got messy following their breakup.

In other cast member news, Kenya Moore’s eviction issue will be a future plot point on the show, along with baby number two for Phaedra Parks.

Meanwhile, Kandi and her fiance are still trying to deal with Kandi’s mom — i.e. her trying to live in their house. No one wants to be a newlywed with their mother-in-law hovering around, even if their home is big as all hell. Kandi will also reportedly be producing her very first musical. Uh, watch out Tyler Perry?

As for Cynthia, she’s got a teenage daughter so like…pray for her.

And then there’s NeNe Leakes who is back in Atlanta full time now that her show, The New Normal, has been cancelled. She’s still very rich, bitch, and don’t you forget it. That includes you, Kenya Moore, who presumably came at NeNe wrong based on their interactions in the preview.

My body is ready for season six. Is yours?