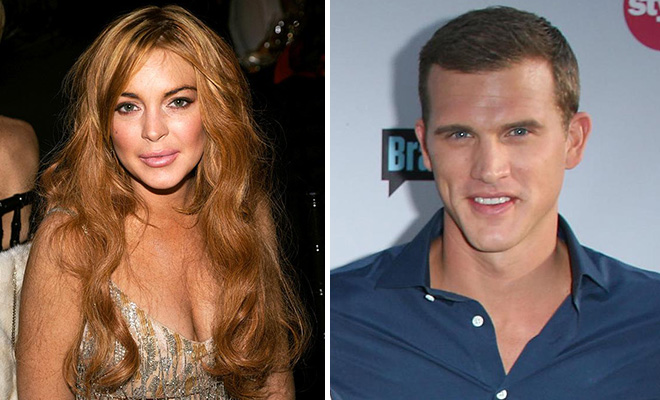 It remains to be seen whether or not Lindsay Lohan’s post-rehab life will be drama and scandal-free but apparently she’s ready for some romance.

Us Weekly is reporting that the actress is currently getting cozy with Matt Nordgren, a football player turned Bravo reality star. According to the mag, the two have been friends for years and recently decided to take their relationship to the next level.

Based on what the outlet claims, Nordgren may be the perfect partner for Lohan, who is currently trying to pick up the pieces of her troubled life and dwindling career.

Apparently, he’s now a businessman, meaning he’s not one of those Hollywood types, who could lure Lohan in a bad direction. He also doesn’t drink and is reportedly devoted to keeping Lohan on the path to recovery.

“He’s a great influence on her,” a source told Us Weekly. “He’s also a Christian and won’t drink around her. He’s trying to keep her sober and on the straight and narrow. He’s really good for her.”

Born and raised in Texas, Nordgren once played for the Philadelphia Eagles. In 2011, the 30-year-old appeared on the little known reality series “Most Eligible: Dallas.”

There’s no doubt that Lindsay’s had her fair share of struggles. More recently, her mother Dina Lohan has arrested for drunk driving. Yet the 27-year-old clearly has a supporter in Nordgren, who told the New York Post that the actress is devoted to her recovery.

“She’s [been] completely sober for months now,” he said. “She’s in a great place, she’s thinking clear and working hard and meeting with all the right people.”