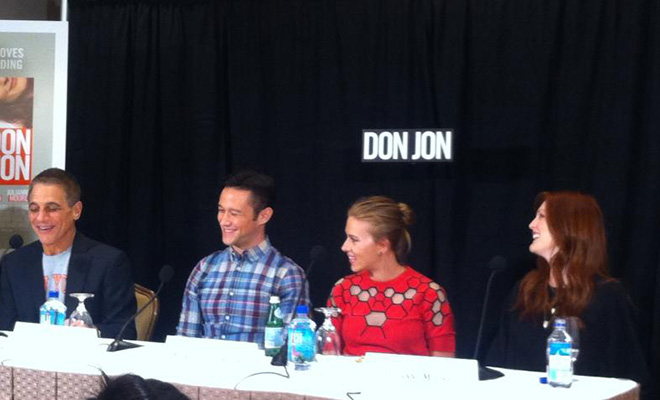 Many know Joseph Gordon-Levitt as an unbelievably lovable actor, who managed to parlay his status as a child star into a highly sought after career.

In recent years, he’s taken on noteworthy comedies like “500 Days of Summer” and “50/50” while headlining box office bait like “Inception” and “The Dark Knight Rises.”

The stylish time travel thriller “Looper” and the Stephen Spielberg-directed “Lincoln” are among his most recent high profile projects, in which he proved himself a versatile actor.

Now he’s taking on an entirely new role behind the camera.

The 32-year-old will soon be seen as the title character in “Don Jon,” a Jersey set comedy that he both wrote and directed.

Following the film’s successful debut at the likes of the Sundance Film Festival, Levitt earned considerable acclaim for taking a dark subject matter and turning it into something both amusing and informative.

“Don Jon” centers on a gym-loving bartender, Jon, whose addiction to pornography has consumed his life and affects his ability to connect with women on any real level.

Yet through his relationships with two vastly different woman, played by Scarlett Johansson and Julianne Moore, he comes to recognize his destructive tendencies and his destructive approach to sex.

Levitt, Johansson, Moore and Tony Danza (who stars as Jon’s father) discussed “Don Jon” at the NY press conference for the film.

How did you feel this movie wanted to comment on youth and relationships?

Joseph Gordon-Levitt: “It’s a movie about how we can sometimes have unrealistic expectations of each other and how media can contribute to that. I’ve personally worked in the media, in movies and on TV, my whole life.

“The past few years, I’ve been hearing a lot of people say, ‘Oh, I wish that my life was like it was in that movie,’ or ‘I wish I had someone like you in that movie.’ When I hear that, I get a little startled sometimes, because real life is not as simple as it is on the screen.

“I think real life is actually a lot more beautiful, and there’s a lot of details and nuances that you could never possibly capture in a movie or on a TV show or a pornography clip or a commercial or in a pop song. So, we wanted to kind of poke fun at comparing your real life to the expectations.”

Tony Danza: “Real life’s so much harder. It’s easier to push a button, that actually reciprocate feelings. With characters in a film, you don’t have to talk to them.”

Joseph, you wrote the script, and the bigger picture is that it’s about addiction. What kind of research did you do while you were writing this movie? Why were you inspired to write something like this?

Levitt: “I was largely responding to the way that people seem to be reacting to all kinds of media. I thought that a story about a young man who watches too much pornography and a young woman who watches too many romantic Hollywood movies would be a good way to bring to life the way that we can all sometimes relate to all kinds of media, whether it’s a pornography flick or a commercial for a hamburger. You see a woman on the screen, and you reduce her to just a thing, a sex object.

“So in many ways, it’s a homage to my mom. It’s me writing a comedy about the wisdom she wanted to instill me with. She really loves the movie, actually. She was one of the first people to read the script. It’s been great, getting to talk to her about it.”

Was the movie always meant to be a comedy, or was it darker at one point?

Levitt: “The original idea, in broad strokes, wasn’t going to be a comedy. I was trying to figure out what it would be. I hadn’t landed on anything I liked until I was actually working on ’50/50? in Vancouver with Seth Rogen and his whole gang. I like the movies he does.

“’50/50′ is a comedy, but it’s a character-based comedy. The humor comes from the characters and the feelings. When I was in the middle of that, I was like, what if I approached this concept with this tone? That’s when it really took off in my mind.”

Joseph, from the trailer, people know your character likes a few key things, including his clothes, his clothes and his boys. What are some of your preferences in those areas?

Levitt: “I’m really different from this character. I don’t care very much about cars, and I don’t like bodybuilding.”

Tony, you previously worked with Joseph on “Angels in the Outfield.” What’s it like working with him again, almost 20 years later, especially since he’s running the show now, as the writer, director and lead actor?

Danza: “He also gave me the job. I’ve always had a paternalistic thing towards Joe. He was 12 when we first worked together. Even then, you could see he was a driven, talented kid. He always said that he wanted to follow the director (William Dear), instead of hanging out with me, which is crazy.

“I felt a lot of pride, and felt great for him. This is important for him. I think the writing is what really stands out. He’s also a really good director, and has a strong hand and vision. So it makes it very easy. It was a fun set, and everyone had a great time. I hate to say this, but when I got the script, I asked, ‘He wrote this?’ (laughs) I was thrilled to be part of it, and I’m proud of him.”

Do you think this movie is promoting bad behavior for young people?

Danza: “First of all, I love the movie. I also think it’s an important movie for kids to see, because it’s a cautionary tale. There are absolute blatant warnings in there about using condoms and relationships. I think the opposite is true-instead of propagating bad behavior, it’s actually on people to ask, ‘Am I doing that?’ You’ve spoken about how much you love your daughters. How do you think your daughters will perceive you in this movie?

“I think the characterization is so provocative, certainly. But I watched ‘2 Guns’ the other day, and I think that’s the problem. You have movies with people killing each other. I think this is a love story, so I don’t see how it can be a bad influence.”

Levitt: “It’s a satire. I think it’s pretty clear that the characters aren’t heroes, and they’re not exhibiting exemplary behavior.”

Each of you have really strong characters and personalities. How did you get into your characters’ mindsets?

Julianne Moore: “Like Tony said, the script was unusual, and the language was great. It was very funny and touching. When you have that language, that’s really what you need. It’s really hard when someone says, ‘You can be whoever you want to be.'”

Levitt: “It was fun to think about why Jon’s this person, and what he does every day, in the writing process. Also, it was great to think what his body is like. He probably cares about his body, so he goes to the gym a lot. All those questions became interesting to me.

“Then taking it off the page, and having human beings and great artists begin to embody those characters, that was certainly the most exciting part of the whole multi-year process. I think that’s the most exciting thing for anything you’ve made. It’s more than a good review or a round of applause or a good box office score. If somebody else, another artist has taken what you’ve done and used it to express themselves, that’s great. Watching these actors bring more than I ever could was great.”

Joseph, this film is different than anything you’ve ever done. Was there anything surprising about the process? Have you have picked up anything from previous directors you’ve worked with?

“But I noticed all three could balance a thorough plan with a sense of spontaneity. I think you need that on a movie set. All day long, you’re getting those questions of, ‘I thought we were going to do this that way? But actually, now that we’re here, how about this?’ You have to decide whether to stick to your guns, or go off on a new trail.

“I definitely noticed that Rian and Steven and Chris had a really good sense of balancing those. If you answer one way, or are too married to your plan, you may end up with something stale. But if you don’t stick to your plan enough, and are seduced too easily by whimsical notions, you can lose your train of thought. You could end up with something that doesn’t have a solid through-line.

“I always try to keep that in the front of my mind. I ask, am I balanced, or am too attached to my pre-conceived notion? Or am I too lured in by new ideas? That’s something I certainly noticed from those three directors.” 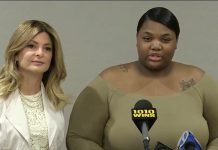 Quantasia Sharpton: Usher Didn’t Give Me Herpes, But I’m Still Suing Because “He Never Warned Me About Any STDs”