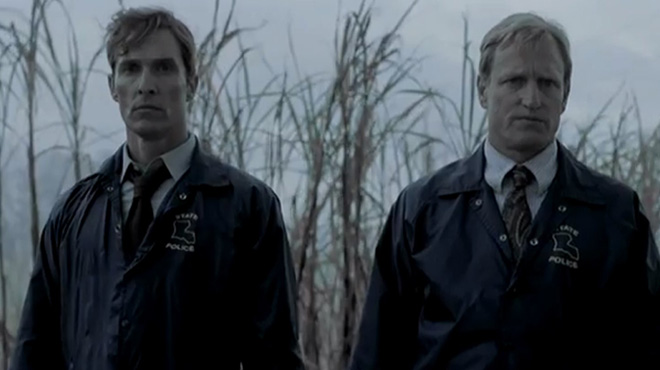 Many could argue that the TV industry currently surpasses the film industry when it comes to quality.

Shows like “Breaking Bad,” “Man Men,” “Homeland,” and “Game of Thrones” have not only earned wide acclaim, they’ve also earned a massive following. So it’s no surprise that high profile film stars would turn to the small screen for complex roles.

That’s certainly the case with the upcoming HBO drama “True Detective,” starring Matthew McConaughey and Woody Harrelson. In the series, the two star as detectives Rust Cole and Martin Hart, who work tirelessly to catch a serial killer in Louisiana.

Season one chronicles the 17-year search for the criminal and explores the varying ways the case seeps into the men’s lives.

But fans of the actors won’t have to worry about the show interfering with their on-screen work, as the show will have a new cast each season. This worked out well for the FX chiller “American Horror Story,” which follows new characters each season, though some of the cast members reappear but take on new roles.

The trailer for “True Detectives” debuted on Monday and by the looks of it, the atmospheric series has the high tension drama and riveting performances that great shows are made of.

Do you see “True Detectives,” premiering in January 2014, being your newest TV obsession?