GOSSIPONTHIS.COM Celebs Jennifer Hudson: “I Have Never, Ever, EVER Had a Drink in My... 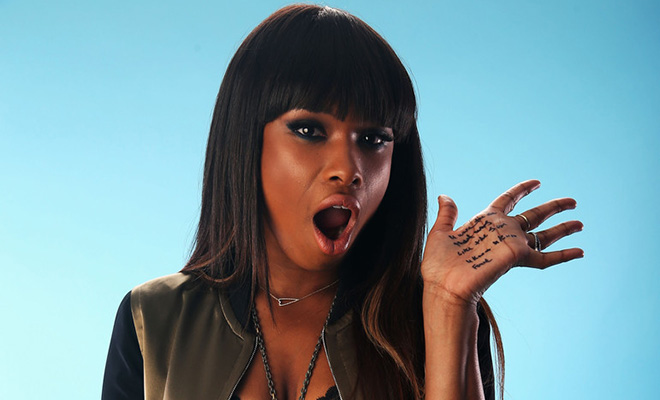 The question was posed in reference to her upcoming role as a heroin addict in a new movie. Clearly she’s giving herself a challenge since she’s never had the taste of Nicki Minaj moscato or even got a contact high.

On playing a heroin addict in The Inevitable Defeat Of Mister & Pete:

It terrified me to play that part because I had no reference point. I’m 31 and I’ve never, ever, ever had a drink or done a drug in my entire life. I stick with Diet Coke and Crystal Light and water.

On playing Winnie Mandela in her upcoming film:

It was intimidating to play Winnie after seeing how much she means to the people there. To some she’s an angel and to some she’s Satan, but either way, woo! The strength that woman possesses is amazing. We put so much into the story, and it took a lot out of us.

Now some folks would salute J. Hud in never having a sip of something strong. I am not one of those people, though.

In fact, I don’t trust people who don’t drink. Maybe it’s wrong, but I don’t care. I love happy hour too much to salute those who have never taken part of such glorious splendor.

But you know, whatever works for you, Jennifer. Perhaps you’ll outlive us all as a result, though who would want to lead a life without booze?

As for that Winnie movie, uh, that took forever to come out and if you’ve seen the trailer, you can guess why. Good luck at the box office all the same, though!