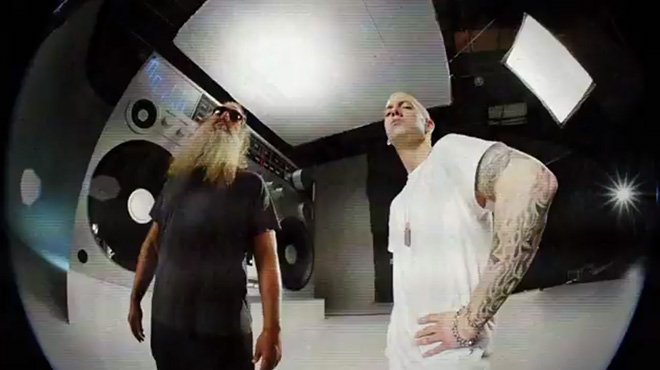 Eminem seems to be getting more press for how weird he was acting on ESPN rather than for what he was there to promote in the first place: the video for his new single “Berzerk.”

The song, produced by Rick Rubin, sees Eminem paying homage to old school rap, and the video shows him paying home to his old school self, with him rocking his signature blond hair reminding us all “The Real Slim Shady” is still somewhere in there.

In addition to Rubin, the video also features cameos from Kendrick Lamar and Slaughterhouse.

WATCH THE VIDEO AT THE TOP!