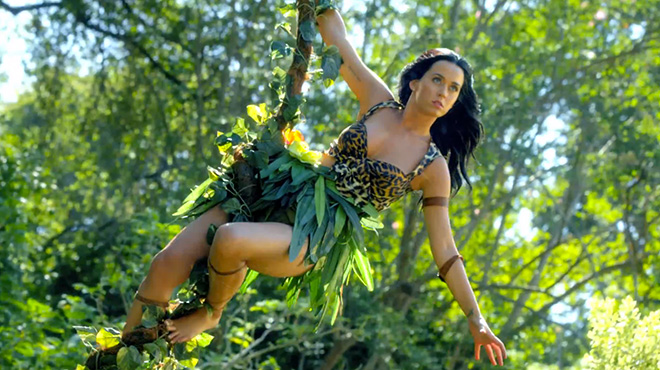 After weeks of teasing her fans into a frenzy, Katy Perry has released the official music video for her new single “Roar.” And it’s just like the opening credits describe: “a motion theory adventure filmed in junglescope.”

There’s a tiger, monkeys, an elephant, a (dental hygiene-conscious) alligator and other jungle animals who all end up being friends in the end, because when Queen of the Jungle Katy Perry is in the picture, EVERYONE is friendly to each other.

“Roar” is the first single from KP’s upcoming fourth studio album ‘Prism’ — due out October 22nd.

WATCH THE VIDEO UP TOP!