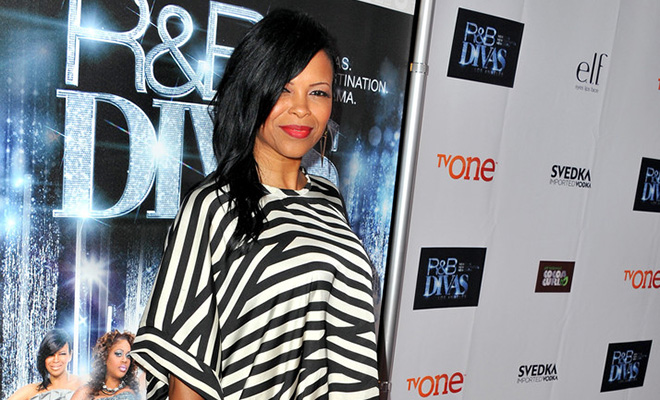 The first of the two-part “R&B Divas L.A.” reunion special aired Wednesday night (Sep 4), but one cast member was noticeably absent from the couch, and host Wendy Williams let it be known that she was frustrated about not having all of the ladies present.

That missing lady was former En Vogue member (and notorious “quitter”) Dawn Robinson, and she took to Twitter to explain her absence, saying that she “worked too hard” for her reputation, and she had better things to do than attend that “GHETTO MESS of a so-called reunion.”

“Tweeties, most of u already heard that I did NOT do the reunion, (((GASP))) lol! Ppl act like I missed the 2nd coming of Christ lol,” she wrote. “I didn’t do it bcuz I don’t do buffoonery … I get enuff of that here on my page everyday!”

Responding to fans on Twitter who supported her decision to skip the reunion special, she also wrote:

@staci723 Thank u! I worked too hard 4 my reputation…Wasnt giving that up 4 ANYBODIES ratings! I have 2 answer 2 a higher power in the end

@wanda12003 Thank you! I wasnt going to attend that GHETTO MESS of a so called reunion lol! Had better things to do that day.

@DaitUluv @SophiscatedChic In my 23 years of being an entertainer, I have never seen THIS kind of evil so Im really cool on season 2.

@3x2_ Thanks for your observation Milann! I couldnt understand it either but I guess she had to go there to get her 15 minutes!!

And in the midst of Dawn’s Twitter rant came this response from Lil Mo:

Noone can vindicate from the house. If you won’t on the couch, we can’t hear you. Tweeting doesn’t count as a response to television. Amen

Why can’t we all just get along like we used to in middle school? Is that too much to ask?