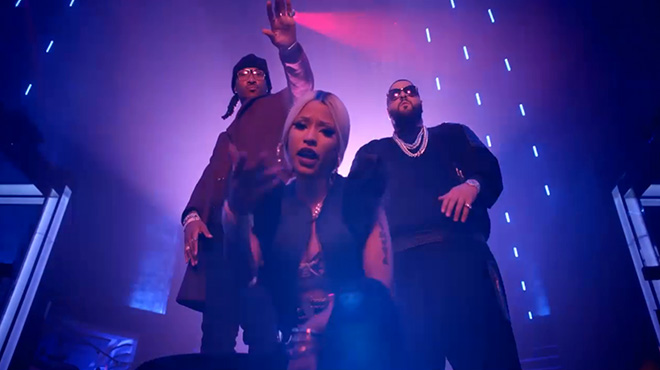 DJ Khaled had everyone fooled when he proposed to Nicki Minaj, which turned out to a very well thought-out promotional stunt to get the word out about the next single from his ‘Suffering from Success’ album — “I Wanna Be With You,” which in addition to Minaj, features rappers Future and Rick Ross.

In the flashy Colin Tilley-directed video, Khaled, Nicki, Future and Rozay hit the club in Miami and are all showered with bright lights and confetti as they perform their respective parts of the song.

DJ Khaled’s ‘Suffering from Success’ album is due out on October 22nd.

WATCH THE VIDEO FOR “I WANNA BE WITH YOU” ABOVE!