GOSSIPONTHIS.COM Celebs Kanye West Got Paid $3 Million to Perform at a Wedding in... 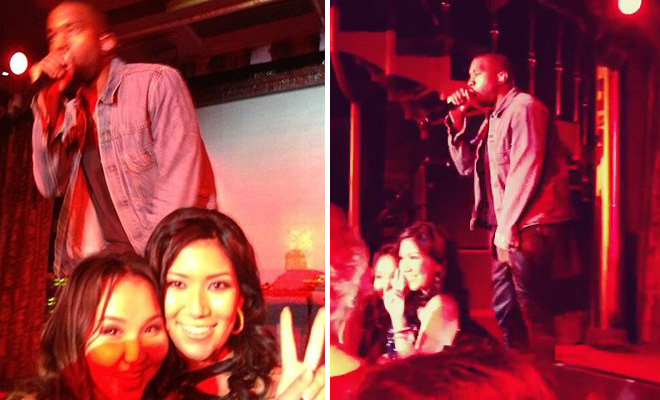 In “I hate myself for not being a rapper” news, Kanye West reportedly scored a $3 million pay day for performing at a wedding over Labor Day weekend.

Yes, while you were out spending money on brown liquor and eating BBQ, Kanye West was earning millions of dollars to perform a few songs at a wedding.

According to reports, Kanye West was asked by President Nursultan Nazarbayev of Kazakhstan to perform at his grandson’s wedding reception in exchange for the hefty fee.

Do you know what he probably did with that money?

Spread it all over the bathroom floor and take a piss on it because he’s worth way more than that already? Put it in North West’s trust fund? Hand it to Kim Kardashian and tell her to buy herself something nice?

Who knows, but each of these answers read as pretty plausible to me.

Thing is, though, while Kanye collected that wad of cash, the folks he performed for weren’t the best audience.

Yeezy was asked by President Nursultan Nazarbayev of Kazakhstan to perform at his grandson’s wedding reception this past Saturday at the Hotel Royal Tulip, and Kanye showed up and showed out. Unfortunately, no one seemed to be watching.  While he rapped to some of his biggest hits, wedding guests chatted in front of the stage, and posted photos of themselves instead of vibing to Ye’s greatness.

Yeah, but who cares when you’re getting paid $3 million for a night’s work? I’m sure the guests who have no idea who Kanye West is were the rude ones. Meanwhile, the grandson probably got his life. With his rich self.

Check out a clip of Yeezy’s act below:

Fun fact: This is the country profiled in that 2006 movie Borat.