GOSSIPONTHIS.COM Entertainment Watch: Beyonce Rocks 2013 Made in America Festival Stage as She Closes... 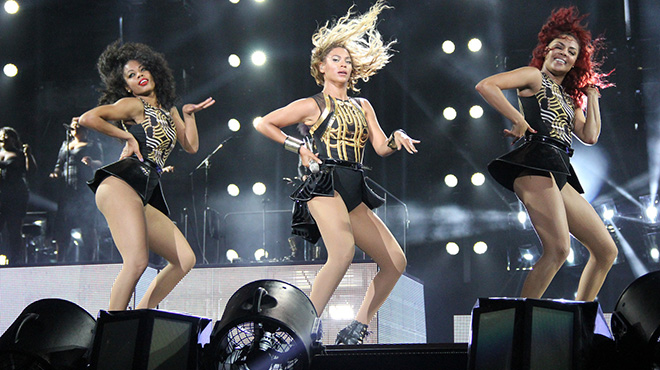 Day 1 of the 2013 “Made in America Festival” closed out Saturday night (Aug 31) with a headlining performance by none other than Beyonce, who rocked the stage with an hour-plus long set that mimicked her “Mrs. Carter Show” tour concerts.

The first two songs from her set — “Run the World (Girls)” and “End of Time” —  were live streamed online, but unfortunately, you had to be there to see the rest of the show.

Bey’s hubby and festival curator Jay Z was noticeably absent during her performance of “Crazy In Love,” but according to most reports, no one really seemed to neither care or even notice, because, Beyonce.

WATCH BEYONCE PERFORM AT THE 2013 MADE IN AMERICA FESTIVAL ABOVE!