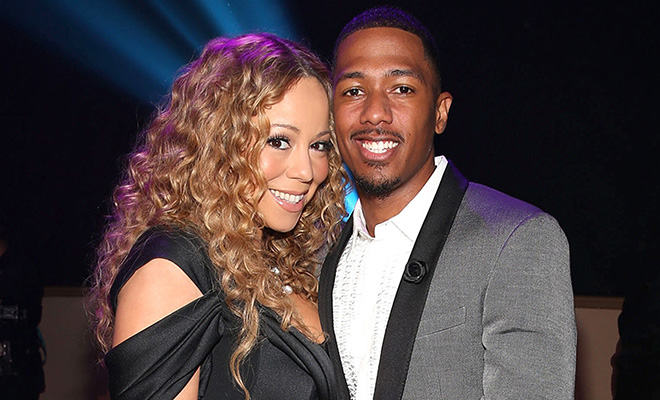 Nick Cannon is a multifaceted little fella. He acts, he’s a well-known TV personality (thanks to his “America’s Got Talent” hosting gig) and he’s also the chairman of Nickelodeon’s TV network for teens, and on top of all of that, he managed to somehow get Mariah Carey to fall in love with, marry and have babies with him.

Oh, yeah, and he raps too, but no one really takes him seriously on that front. Not even his own wife, apparently:

He told Enstars at the InTouch Weekly Icons & Idols after-party for the VMAs that Carey is in the studio “getting her album finished” and he called it an “incredible” record. Cannon added that he and his wife do not give each other advice about their albums, but that Carey has strong feelings against his music.

“She thinks my music is a big joke,” he said, before adding with laughs, “but so do I so it doesn’t matter.” He then explained the difference between their different sounds and in the process praised his wife’s talents.

“My music is silly, you know what I mean, she makes anthems that changes people’s lives,” he continued. “I make songs about shaking ya ass. My album is called White People Party Music so that’s how I would describe it. Fist-pumping-good-time-have-a-blast-type of music.”

Knowing Mariah Carey and her uncanny ability to throw shade without really doing or saying much, I would love to be in the room when Nick lets her listen to his album. I can just hear and see the responses to each song now:

After about 3, maybe 4 songs, she’d just get up and walk away, at which point Nick will ask her, “Bae, where you going? You don’t want to hear the rest?”