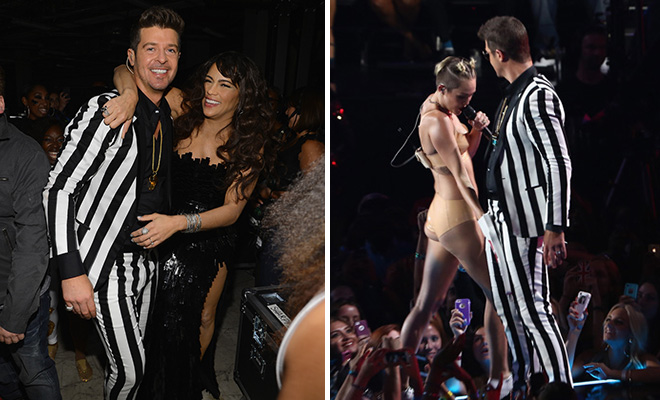 On Monday, all anyone and their mother could talk about was the cringe-worthy VMA performance featuring Miley Cyrus and Robin Thicke from the night before. That was largely due to the fact that during the set, the 20-year-old twerked into his nether regions.

So did all that grinding anger his gorgeous wife Paula Patton? Not if the sources TMZ came into contact with are to be believed.

According to the site, “she was all good with Miley touching Robin’s crotch and kissing his neck during MTV’s Video Music Awards … despite reports that she went ballistic following the performance.”

When you consider the fact that the couple have been together since they were teenagers, married since 2005 and the parents of a three-year-old son, it’s probably going to take more than a hot mess of a performance to threaten their relationship.

Plus, Patton and Thicke have super sexy chemistry that can’t be rivaled, especially not by a former tween sensation grinding in granny panties. Just watch the pair’s Rémy Martin ad below. Haut!