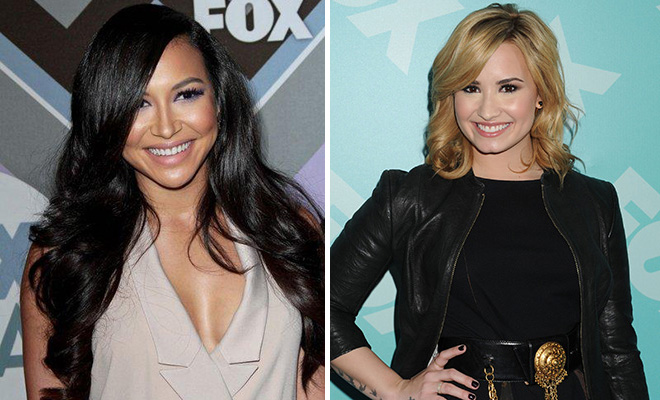 Demi Lovato may be known for overcoming personal difficulties and becoming a symbol of strength for young women, but now she’s set to be associated with a famed TV show.

“She’s playing my love interest, so I’m very, very excited about that,” Rivera told MTV News on Sunday. “We get to sing a song together. It’s gonna be good. I’m excited to work with her. We’re bringing her to the dark side. Well, she comes in in a Beatles episode, so [we’re singing] a Beatles song. I’m excited.”

In an ecstatic Twitter post on Monday, Lovato, 21, revealed that she is scheduled to begin taping her guest spot this week.

I can’t believe I’m going back to acting but the best part about it is that I get to act/sing with some of my really great friends.. ????????

We have to say, this casting news is quite exciting and will definitely keep viewers interested.

Furthermore, it’s always good to hear that lesbian relationships are being portrayed on massively popular shows and that high profile stars aren’t afraid to tackle such roles. Plus, Demi Lovato and Naya Rivera will certainly make a cute on-screen couple.