GOSSIPONTHIS.COM Entertainment Foxy Brown Tries to Stage a Comeback at the 2013 VMAs, Fails... 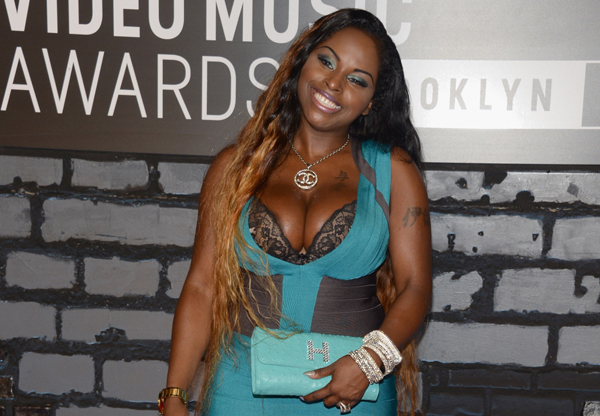 As far as female rappers go, I was always more of a Lil’ Kim fan than a Foxy Brown listener. But I respected her hustle and status in the game even if I didn’t think Broken Silence was an unsung classic.

For the past decade, however, Foxy has tirelessly worked to rip up every single shred and iota of her rap legacy with petty theft, unnecessary stunts and just plain ol’ bad music.

Somehow, Foxy Brown convinced somebody’s play-Auntie to put her on the guest list for the VMAs and she squeezed herself into her teenage niece’s extra small Forever 21 “I’m Sexy Bitch” mini dress. The blonde on black tracks look like Foxy has been hanging outside of Beyonce’s trailer and gathering the chopped of wigs and weaves from the Mrs. Carter Show tour.

Let’s be charitable and avoid mentioning the pudge around her gut and her Pillsbury Dough cleavage.

Then there’s the new song “Bandz Up,” which she decided to unleash on the masses during MTV’s RapFix. God bless Sway. He keeps entertaining Foxy’s music career as if it’s actually a viable thing.

But then Foxy opens her mouth and instantly any hope of the Ill Na Na dominating even the Serbian Hot 100 vanishes. Nas once said “Hip-Hop Is Dead,” but if it wasn’t, Foxy Brown definitely just killed it with this abysmal bowel movement of a hip-hop song. 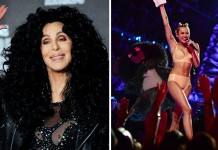 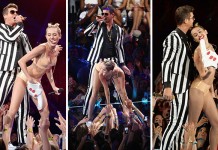 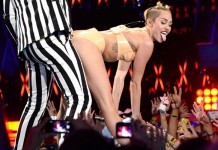