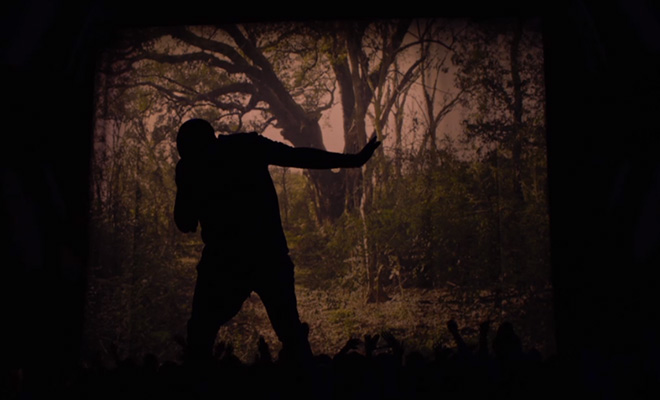 I hate to admit it, but at this point, I’ve allowed ‘Yeezus’ to somewhat grow on me, and one of my favorite songs from the album is “Blood on the Leaves,” which is what Kanye West performed Sunday night at the 2013 MTV Video Music Awards

After showing off his softer side over the weekend during his sit-down with North West’s grandma, it was nice to see Kanye return to his spaztastic ways, making TV censors go off while performing in front of an eerie backdrop of a lynching tree, adding even more significance to the song’s meaning. WATCH KANYE WEST PERFORM “BLOOD ON THE LEAVES” AT THE 2013 VMAS ABOVE!