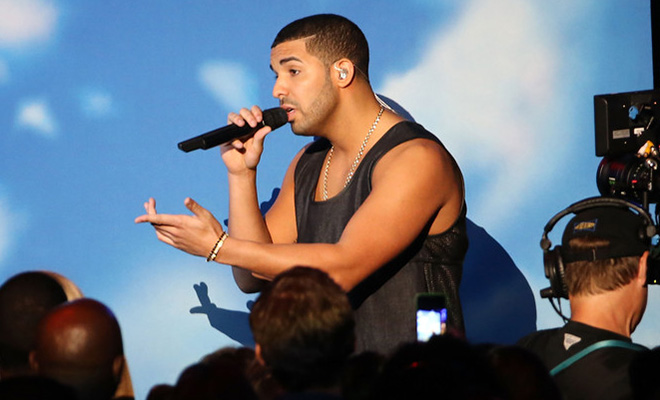 Drake is the best of both worlds: A sweet, angelic heartthrob and trash talking, braggadocio MC. It’s this potent combination of R&B and hip hop that’s carried him so far and Drake delivered big time while performing at the 2013 VMAs.

Starting out with a recreation of his new ‘Nothing Was the Same’ album cover, Drake crooned the gentle words of his new-age pop gem “Hold On We’re Going Home.” The song, which Rihanna called her “fave new record,” is a fan favorite.

But it is a little on the “soft” side. So after giving the R&B side of his fan base what they wanted, Drake went crunk and got turnt up with his street anthem, “Started from the Bottom.”

Although the song is a blatant posse cut, Drake performed the track solo. Well, not completely, he did have pyro accompanying. But it would’ve been dope if YMCMB joined him onstage for the song. There’s strength in numbers, after all.