Jennifer Lopez‘s boy toy Casper Smart let some important — as yet unknown — news slip recently. The 26-year-old dancer, who has been dating and music video grinding with Lopez since last year, was promoting his new show  when he was asked if his famous girlfriend was set to return as an “American Idol” judge next season.

Oops! Every media outlet subsequently broke the news, even though an official announcement from FOX hasn’t been made yet. We wonder if this puts Lopez in breach of a confidentiality agreement.

So far, the only other AI host to be revealed is country star Keith Urban.

Lopez joined the judging panel for the reality competition in 2011 and no doubt added a dose of flavor to the show. The 44-year-old is set to release her eighth studio album this November. 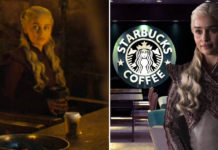