Here’s how The Guardian responded:

The Guardian firmly denies this charge of misrepresentation. Mr Burry was not present at the Guardian’s interview with Michael Douglas; the only two people present were Mr Douglas and the Guardian writer, Xan Brooks. Here is the audio file of the relevant part of the interview, along with a verbatim transcript of that section.

They also provided audio. The Guardian, with the flawless victory! 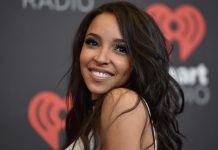