Those nostalgic for a Fresh Prince of Bel Air reunion need to watch this video.

On Friday, Will and Jaden Smith visited The Graham Norton Show and brought some special guests along with them. After discussing their newest movie, After Earth, and Will hinting that some new music may be on the way, both stars took to the mic for a quick rap.

While Jaden spit a freestyle, Will went back to his roots with the Fresh Prince of Bel Air theme, and the audience went crazy, as Will brought out DJ Jazzy Jeff and Alfonso Ribeiro to take the nostalgia to the next level.

After the four were done with the Fresh Prince theme, Ribeiro broke out his signature “Carlton” dance moves, and the four then had Norton join them for Apache (Jump On It).

Bradley Cooper and Heather Graham, who were also guests on the show, watched from the stage, dancing and laughing along with the audience. 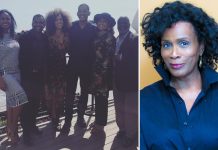 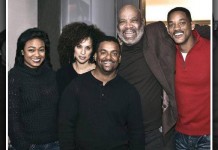 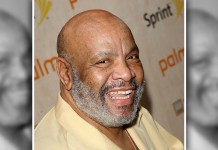