GOSSIPONTHIS.COM Pop Culture The Next-Generation Xbox Will Be Revealed on May 21st 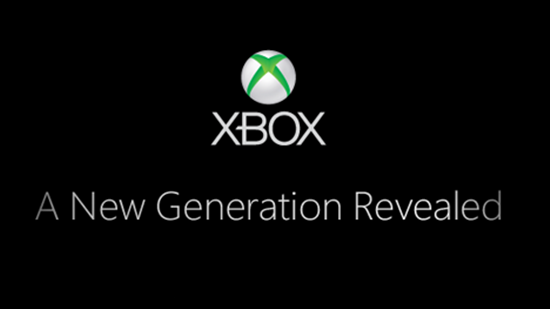 The next-generation Xbox will officially be unveiled to the public at a Microsoft event scheduled to be held on May 21st.

An invitation sent out by Microsoft Wednesday (Apr 24) promises that the new Xbox, rumored to be called the Xbox 720 (codename: Durango) will be revealed at 10:00 a.m. PDT at their headquarters in Redmond, Washington. According to a Facebook page promoting the event, it will be streamed live online so fans can watch at home (or at work), much like how Sony’s recent Playstation 4 announcement was done.

Gizmodo has a pretty solid rundown of what to expect from the next-gen Xbox:

We are pretty sure we know what the guts of the new Xbox look like. It’ll have a 64-bit, 8-core, 1.6GHz processor made by AMD with x86 architecture and 8GB of DDR3 RAM. (x86 means, broadly, that it’s a lot like the chips in your home computer, which is a change for Xbox, which had until now run on PowerPC.) The GPU is an 800mhz DirectX 11.x, and will be accompanied by custom hardware to accelerate certain Xbox-specific tasks. It’s also got an ethernet port, an optical disc drive (reported Blu-ray), a default 500GB SATA 2 HDD, USB 3.0 ports, and HDMI out and in ports.

This one’s tricky. There is zero official information out there. But we do have some clues. Microsoft supernerd Paul Thurott spitballed a “$500, $300 with subscription” number that hints at the real issue with the new Xbox: subsidized pricing.

Microsoft already offers a subsidized Xbox 360 + Kinect package for $100 up front, if you sign up for two years of Xbox Live Gold at $15 per month. That comes out to $360 for just the two years, which is more than you’d pay if you’re bargain hunting for cheap subscription renewals.

A two-year subscription for a next gen Xbox probably wouldn’t stick in the craw as much as being locked into two years with the current system (though there’s no reason to think the current subscriptions won’t work on a new Xbox). But the relative surety of the subsidized pricing implies two things. One, this is probably coming in higher than the $400/$300 levels of the 360. And two, Microsoft understands that a gaming console, no matter how many features you pack in, is a tough thing to swallow as that big of an up-front cost.

The third-generation Xbox is scheduled to hit stores in the fall, just in time for this year’s holiday season.