GOSSIPONTHIS.COM Politics President Obama Cries As He Thanks Campaign Staff For Their Support: “I’m...
35
SHARES
ShareTweet He’s been re-elected as President of the United States of America, but it’s not the power or the prestige that keeps President Barack Obama going. What motivates Obama to keep pressing onward and forward is knowing that his work is inspiring and influencing young people to act and change their own lives.

You see, the Obama victory wasn’t just a personal victory. By turning out blacks, Hispanics and young people in record numbers for two elections in a row, Team Obama’s grassroots efforts have totally redefined the demographics of this country.

Speaking to a crowd of his own campaign staff in Chicago, Obama wore his heart on his sleeve as he explained how he felt.

“What you guys accomplished will go on in annals of history…but the most important thing you need to know is your journey’s just beginning. You’re just starting,” Obama said. “That’s been my source of hope. It’s been why the last four years when people ask me how do you put up with this or that, the frustrations of Washington, I think of what you guys are doing. That’s the source of my hope, my strength and my inspiration.”

While he was speaking, President Obama’s voice began crack and tears began to stream down his face. “I’m really proud of all of you…” he said.

Look y’all, even thugs cry so why shouldn’t presidents?

Check out the video of Obama’s teary-eyed speech to his supporters below: 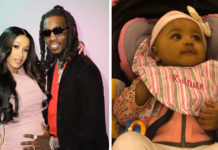