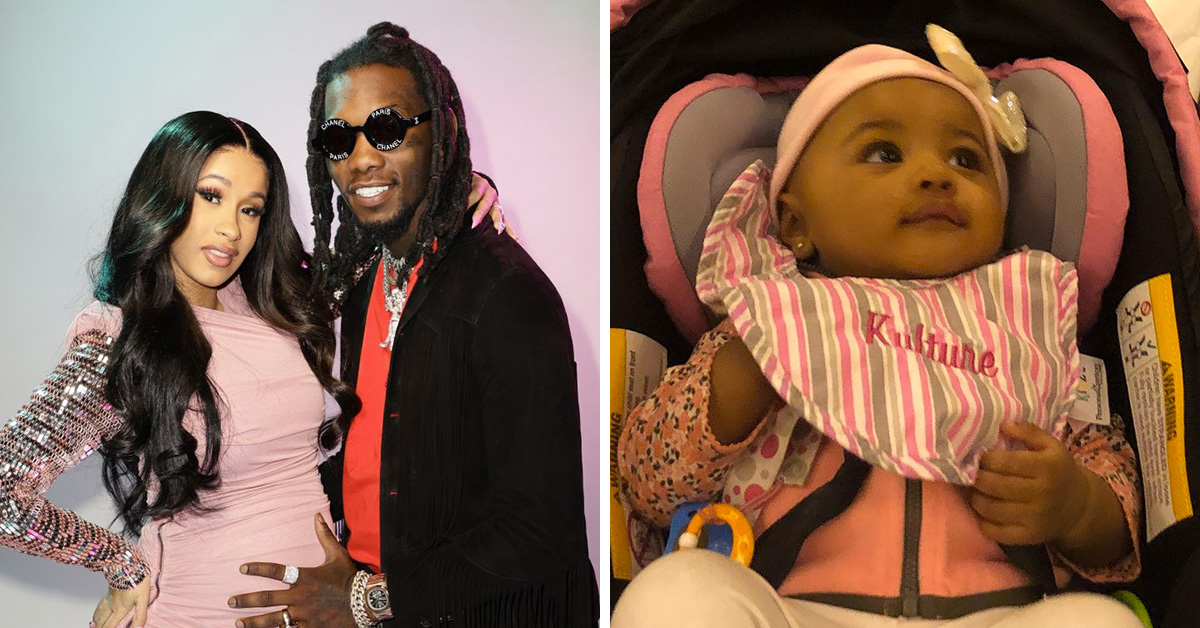 It’s been nearly five months since Cardi B and Offset welcomed their daughter Kulture into the world, and we’ve all been eagerly anticipating a photo of the little one. Well, the wait is officially over.

The same day she announced her breakup with Offset, Cardi shared a photo of baby Kulture, and to say that she’s adorable would be a huge understatement.

In the photo posted to Cardi’s Instagram, four-month-old Kulture can be seen sitting in her car seat wearing a pink headband with a white bow and pink, grey and white striped bib with her name written on it. Cardi captured the photo “My heart.”

The internet was all the way here for the adorable photo too, because it has since received nearly 9 million likes.

Cardi previously said that she was afraid of sharing pictures of Kulture online because “there are so many people out there.” Those feelings were conflicting, however, because “sometimes I do want to show people how beautiful and how precious she is,” Cardi said. “She’s so precious…There’s a lot of people that have crazy minds, you know. I want to protect her! She’s my little buggy.”

Kulture Kiari Cephus was born on July 10th and is Cardi’s first child. Baby Kulture has three siblings through her dad Offset, whose real name is Kiari Kendrell Cephus.

Late Tuesday (Dec. 4), Cardi (real name: Belcalis Almánzar) announced via Instagram that she and Offset were no longer in a relationship and planning to divorce after just a little over a year of marriage. (FYI: The couple celebrated their 1-year wedding anniversary back in September.)

In her Instagram video announcing her split with Offset, Cardi B said that the breakup was “nobody’s fault” and she Offset simply “grew out of love.”

Other than a comment he wrote on Cardi’s post saying “Y’all won,” Offset has yet to respond publicly to the split. The Migos rapper is gearing up for the release of his debut solo album next Friday (Dec. 14).