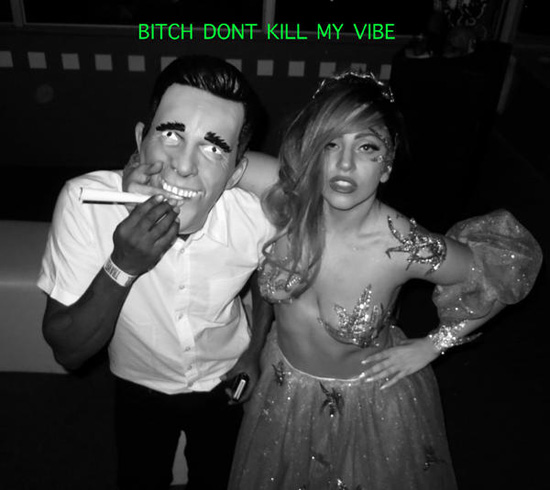 Kendrick Lamar and Lady Gaga teamed up on a collaboration that, due to “creative differences” between their camps, has never seen the light of day … until now. The version of the song, called “Bitch, Don’t Kill My Vibe,” that appears on K-Dot’s newly released debut album is Gaga-less, but fans of the Pop superstar need not worry, because now you can now listen to the “LG Mix,” which features Gaga singing on the hook. Mariah Carey – “Bring It On Home”

[audio:http://gossiponthis.com/wp-content/uploads/2012/11/mariah-carey-bring-home.mp3|titles=Mariah Carey – “Bring It On Home”]

Mariah Carey celebrates President Barack Obama‘s big election victory this week with “Bring It On Home,” a song she penned just for Obama. The songbird performed the inspirational tribute song at a fundraiser for the President over the summer, and now Jermaine Dupri has released the studio version. Listen above! B.o.B teams up with T.I. and Juicy J for “We Still In This Bitch” — a cut from the ATL rapper’s upcoming mixtape “Fuck ‘Em We Ball,” set to drop on November 15th. Check it out! And here’s not just one, but TWO new songs from R&B newcomer The Weeknd, who is gearing up for the release of his major-label debut album “Trilogy” on November 13th. Listen to “Twenty Eight” & “Valerie” — both expected to be singles — below: