Your favorite “Basketball Wives” show is making its way back to TV! The second season of VH1’s hit reality series “Basketball Wives LA” is set to premiere this September, and most of the show’s familiar faces are returning, including Laura & Gloria Govan, Draya Michele, Malaysia Pargo and Jackie Christie.

Noticeably missing is Imani Showalter (she apparently left the show) … but newcomer Brooke Bailey will be filling in for her spot. Another new face shaking things up this season is Malaysia’s longtime friend Adiz “Bambi” Benson.

Find out what’s new with the ladies of “Basketball Wives L.A.” via VH1’s press release (as well as the season 2 supertrailer) below!

Sisters Laura and Gloria try to mend their strained relationship, which has been tenuous due to the pressures of their chaotic lives. Gloria faces a turning point in her acting career and finds herself at the brink of her first big role, but will this push her relationship with Laura to the edge?

Laura has a hot new figure and is set on making big life changes. Jackie attempts at making amends with the group, but has too much damage already been done?

Malaysia makes good on her promise to step out of her comfort zone and pushes herself to hang-glide, skydive and more. Draya juggles a booming modeling career and the launch of her own swimwear line.

And of course, another year means another vow renewal for Jackie and Doug Christie with the theme sure to blow the other 16 celebrations out of the water. 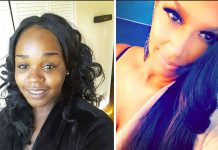