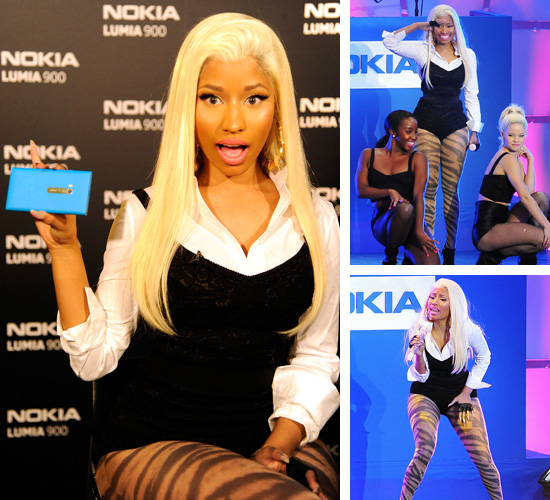 Nicki Minaj shut down New York City’s Times Square Friday night (Apr 6) when she hit the stage and performed in front of 30,000+ screaming fans to celebrate the launch of the all-new Nokia Lumia 900 smartphone.

Nicki — who just released her sophomore album “Pink Friday: Roman Reloaded” — rocked the illuminated Rubik’s Cube inspired stage while dressed up in a blonde wig, black lace bodysuit and tiger-striped leggings as she performed a short, 15-minute set that included just three songs: “Super Bass,” “Right By My Side” and her latest single “Starships.”

Footage from this “secret” concert hosted by Nokia wil be used in an exclusive remix to Nicki Minaj’s “Starships” music video.

Check out some pictures and the “Starships” remix video below: