A judge ordered Vick to spend 10 days in jail for contempt of court after he missed two court dates to answer to charges of driving with a suspended license.

Carey says after he serves his time in Virginia, Marcus will be transferred to a prison on Montgomery County where he is wanted on another warrant for failure to appear in court for a civil case from 2008 in which he was accused of having sex with a 15-year-old girl when he was 20 years old.

Marcus Vick — who is no stranger to trouble — was also kicked off the Virginia Tech football team back in 2006 after a string of arrests and convictions, and he has been involved in various legal issues since then, including gun charges.

Is it really that hard to just stay out of trouble, Marcus? 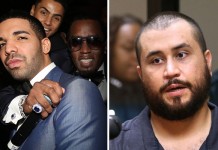