Machine Gun Kelly may really be a wild boy after-all.

The 21-year-old “Bad Boy” rapper, who was born Richard Colson Baker, was arrested in Florida over the weekend for misdemeanor disorderly conduct following a concert.

A few hours later he was released on $100 bond and tweeted the following:

Just spent my entire night in a fucking Florida jail…shit escaladed way to quick last night, it always does with us though.

Welp … with his new “record” and accompanying mugshot photo, MGK can now officially claim that he’s a REAL rapper. Welcome to the club, kid! 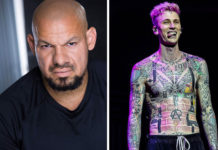 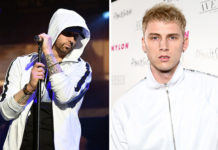